Ken Wheeler: Some Gnu Ones 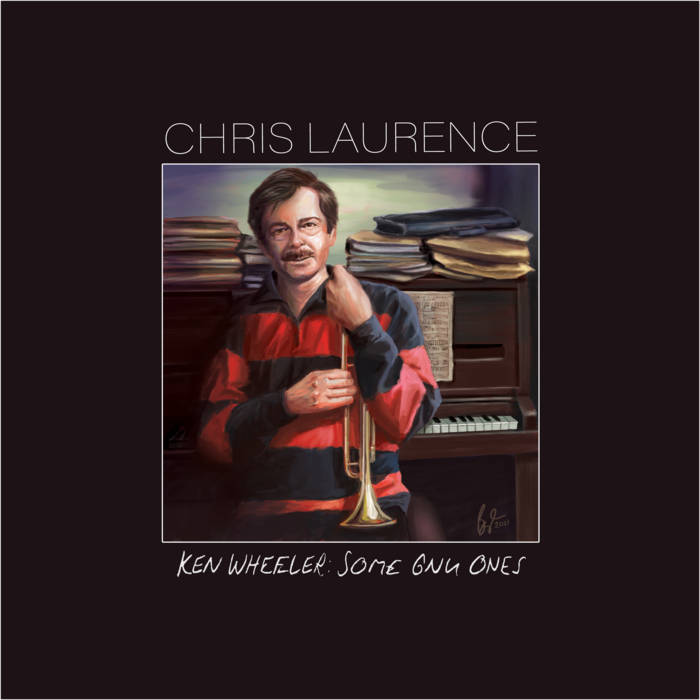 These three brand new recordings made between 2020-21 were all written specifically for bassist Chris Laurence by his close friend and long-time colleague, the late great jazz trumpeter and composer Kenny Wheeler.

Of the three, Piece for Double Bass and Low Strings and Baroque Piece have never previously been recorded in any form. C-Man first appeared in this form on Kenny’s album ‘Kayak’ but was also rearranged and retitled as Ma Belle Hélène for his album ‘The Widow In The Window’.


Whilst Kenny obviously does not appear on these sessions in person, his composing style is so idiosyncratic and instantly identifiable that his spirit is inextricably woven into the recordings, to such an extent that it is very easy to forget that he isn’t actually there.

We feel that ‘Some Gnu Ones’ represents a fitting tribute to both Kenny’s supreme compositional skills and to Chris’ extraordinary virtuosic and emotive musicianship.


A word from Chris:

Two of these pieces were given to me in manuscript form by Ken some time ago, but it’s only now that I have managed to record them. Ken was not only a prolific writer of jazz music, but was also extremely interested in all forms of composition. The ”Piece For Double Bass and Low Strings” and “Baroque Piece” are examples of his skill. He always liked me to play with the bow, to give the music another dimension.

C-Man was a piece he wrote when I first had a C-string extension fitted to my bass, and featured it on the album “Kayak". “Baroque Piece" was probably in his mind for us to perform together, unfortunately we never got the chance! I would like to thank all the great musicians that performed on this project. This recording has been made during lockdown, with all the restrictions and limitations that came with it!

Hopefully it hasn’t affected the result?

With the assistance, great engineering skills and patience of Darren Williams, I hope we’ve got a recording that Ken would have approved of? Everybody involved has a special place in my musical life, particularly Frank Ricotti, Rita Manning, John Parricelli, Martin France and of course Pete Churchill, who managed to realise Ken’s handwritten score of the string piece, plus all the other players who contributed their musicality!

I first heard Ken’s music when I was a student at the Guildhall (35 years ago!) and was completely smitten… we all were. So when Chris Laurence sent me a short score of a piece Kenny had written especially for him, and asked me if I could make sense of it with a view to getting it recorded, I jumped at the chance.

The original hand-written score consisted of two complete movements and then the beginnings of a final section that seemed to tail off - almost as though Ken had been interrupted. Thankfully he had returned to the score at some point and left us half a page of sketches for the last movement. So I set about the task of completing this piece for Chris - keenly aware of the responsibility.

Daunting as the task may have seemed, it was made easier because the fragments Ken had left were so fertile. It became clear that the best approach was to let these sketches develop the way they wanted to go - if I could just get myself out of the way the music would complete itself. At times the process was almost mystical.

This wonderful piece was Kenny Wheeler’s gift to Chris Laurence, a testament to their long friendship and musical relationship - and this resonates through every single note. It has been an immense privilege to be part of the team that has helped to bring it all to life.

'Jazz In Britain who’ve worked with Laurence to release this, describe it as a fitting tribute to Wheeler and indeed it is. The triumph of this recording however is not as a retrospective salute, it is that it is fresh, living, bittersweet, happy-sad, joyous: Kenny Wheeler is present in this music.' Mike Collins - London Jazz News 12/2021

Cover artwork - Brenda Goddard Designs
The cover picture depicts Kenny’s music room in his house in Wallwood Road, East London. Here he would play the trumpet, piano and compose, surrounded by manuscripts, books, cassettes, CD’s, his trumpet and flugelhorn. The album title is written in Kenny's own hand.